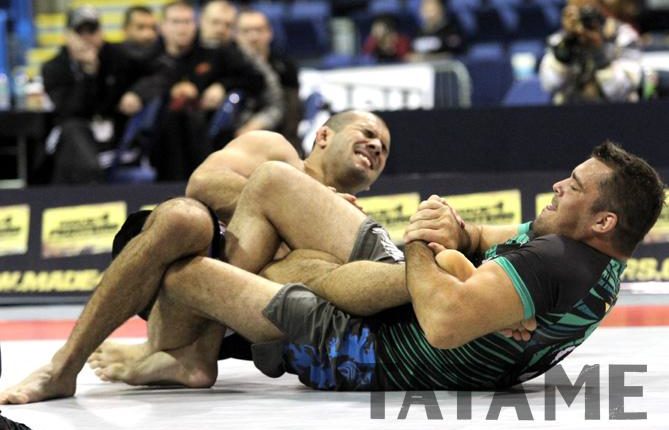 BJJ Techniques and strategies change all the time and with the growth of the jiu-jitsu as a sport and martial art worldwide
We’ve seen serious development in specific positions most notably leg locks / open guard variations .

I ran across a really interesting post coming from a  of a 41 year old practitioner just getting back in the game and feeling utter clueless as to what is going on vs the more modern trained students in his academy.

This gentleman was particularly troubled by his lack of leg lock defense / knowledge and it started a discussion that brought up some great points with everyone chiming in from blue belts caught in the latest technique rat trap, all the way to respected black belts advising the more conceptual mastery approach.

“41 y.o. BJJ BB, been out of action for a few years. Back to training recently, and damn, I took a beating. I’ve been casually following the rise of the leg lock game while I’ve been gone, but had no idea how big a part of bjj it’s become. It seems like the game has become a race to pull guard, get inside and underneath, elevate and go after the legs. Was disheartening, to put it mildly, to discover that I have no answers for this, even against guys several belts my junior.

Any other old(er) school guys in this situation? Should I concentrate on learning the leg lock game from the ground up, or stick with ignoring 50% of the human body like the stubborn man that I am and try to defeat these youngsters with old man BJJ?

Help. My knees and ankles hurt.”

Both. You don’t need to become one of them, but you need to have some understanding of that game so you can kill it.

Find the best leg lock guy at your gym and keep working with him.  It will just kind of start to make sense after awhile.  At least you are working on them and not hating on them.  The entries to the leg lock positions are really creative and take a bit to make intuitive sense.

I’d just youtube leg lock defense and start applying some of the broad principles for that in your game.  A lot of the defenses are relatively simple and once you get comfortable with those you will start to understand when you are in major danger and when you aren’t.  I think I needed to learn the defenses first before the offense started making sense to me.  There’s a few pretty good vids that hopefully will help.

Just my opinion, but I don’t think “chasing” whatever is hot the moment is necessarily the best way. to go –especially for colored belts.–I know OP is not a colored belt. This isn’t really aimed at him.

But, BJJ is very fadish. It’s like a big school of fish that change direction in unison and everyone is always persuing the same quarry at the same time. People are trying to get an “advantage” over opponents by adopting the exact same tactics as one another.

This is in fact WHY BJJ is so faddish; soon as everyone is trying to do the same stuff, it loses it’s magic. So the crowd moves onto the next thing.

Sure, you DO need to learn how to prevent, shut down and/or counter certain things, but playing exactly like everyone else doesn’t do much more than keep you firmly in the middle of the pack.

Spending years working on strategies and tactics that work for YOU specificlly  is more beneficial than trying to adopt a new guy’s game every 6 months.

Ironically, that’s exactly what the real BJJ  “innovators” do. They’re working on their own games and being true to what works for them. A guy spends years working on developing his unique game, puts it on DVD and the entire BJJ consumer crowd all thinks in unison, ” Cool, I’m gonna do this now!”

Long term you would probably be better off copying the innovator’s work ethic & methodology to improve, rather than his specific game.

“…the game has become a race to pull guard, get inside and underneath, elevate and go after the legs.”

This is why jiu-jitsu is such a shit sandwich. BJJ was a grappling fighing style/system, but now is a specialized game of fa#@otry!!! Just imagine where many in jiujitsu would be, and how the style would have evolved and improved, if people actually pursued developing a broader skill set.

not aimed at Oriignal poster……But how fucking pathetic is our style where advanced belts (even black belts) cant competently perform a decent take-down or throw, or clinch, but can do all manner of monkey-fu#$ery. Much less actually fight in any real sense.???

I am 41 year old blackbelt focused on No-Gi so let me give you my opinion.

First of all I love leglocks I love the modern game and it is one of the fastest deeloping things with my students and training partners.

Secondly I love pressure passing and doing pressure and with the knowledge of leglocks you will come to the point where leglocks are just other submissions not better or the “magic pill” like in the beginning.

Then you have integrated the stuff and it will all make sense to you.

If you add pressure and pressure passing to it you will be able to give you game a direction. You can go into the leglock path or you can go a different path but you no longer hunted by leglocks but you will understand the whole picture.

I agree that there’s no magic in any specific technique, including leg locks. People become killers using very different tactics.

I don’t think it matters if you embrace leg locks or skirt chokes or kimura’s or back finishes or anything else.

Which specific tactics are used is just not that important. It’s the time and effort put into mastering it that is important.

You are a higher belt- dictate the pace, make them react to you- make them defend your game.

Don’t get sucked into their game, and then try to figure out how to get out of the honeyhole/411 position, or escape from a heel hook- it’s too late by then.

BTW, what about the berimbolo…?

I thought that was the omega point that changed BJJ forever.

I think the berimbolo just became part of the grappling game. If you can’t stop a berimbolo you’re gonna have a bad day.

Everyone has an answer, but everyone is still doing it.  It just isn’t a fad.

I find the strategies changing constantly makes it a fun sport to keep up with.  The miyaos going for Takedowns and and tripod pressure guard passing is interesting to see as the sport, opponents, and career progresses.

The best leglock defense I have found from the top is nonstop pressure passing, over/under, Bernardo Faria style. The more I train, the more I realize how genius that guy is. Have all of his stuff. It’s all simple, not particularly explosive technique. It’s just constant and methodical and works well on anyone.

The new leg lock game has completely changed my guard passing style for the better. Made me much less complacent and zeroed in on nonstop pressure and eliminating space in terms of bjj.

[av_textblock size=” font_color=” color=”]
My view on the topic

The beauty of the art lies in the ability of everyone to practice it how they see fit, with so many different avenues of training  rules sets and overall focuses there is NO ONE REAL JIU-JITSU and that makes for tons of innovation.. It maybe easy to get discouraged if winning is the sole name of the game for you especially if you take yourself out of your preferred realm of practice.

in the long term ultimately it boils down to the fact that you’ll be good at what you put lots of time into..

Father time is undefeated so the techniques en vogue and the names of the champions of the day do invariably change with time as people win / lose and change focus BUT the one thing any student can easily garner from all the champions is the focus, work ethic and discipline used to develop the mastery everyone looks for in the art..

All that being said take a look at this simplicity in action.. 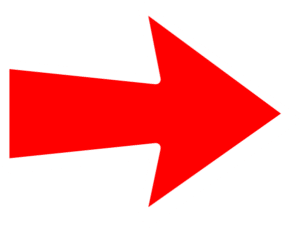 Personally as an instructor it really depends what a students goal is beyond the training the basics you have the options of taking your bjj training that all vary greatly so all in all focus more on your development and what you need to focus on to be successful as a practitioner.
[/av_textblock]